Is the World finally ready for The Phonies? 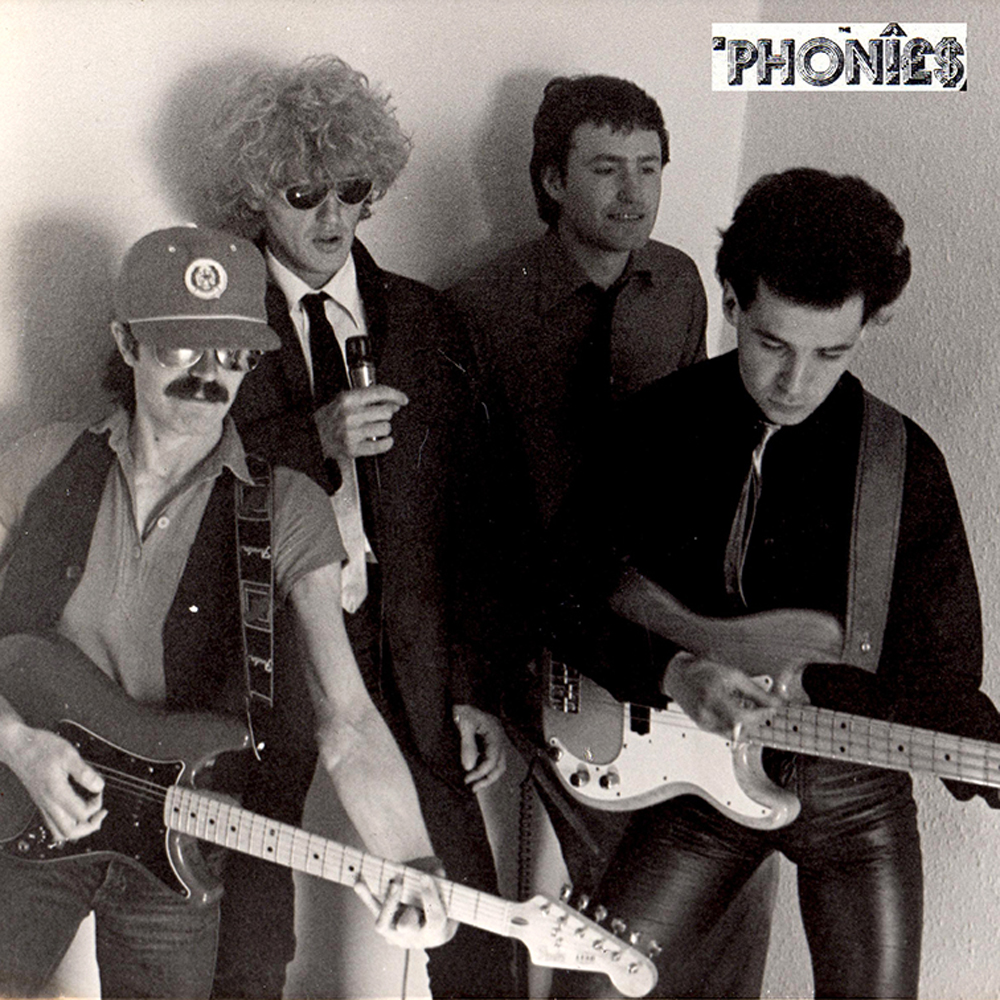 Out of this age of stupidity, a band comes back to us all the way back from the mists of 1980 to show us how it's done!

"40 years later, in this world of fake news and dodgy hairdo's, you instinctively know... 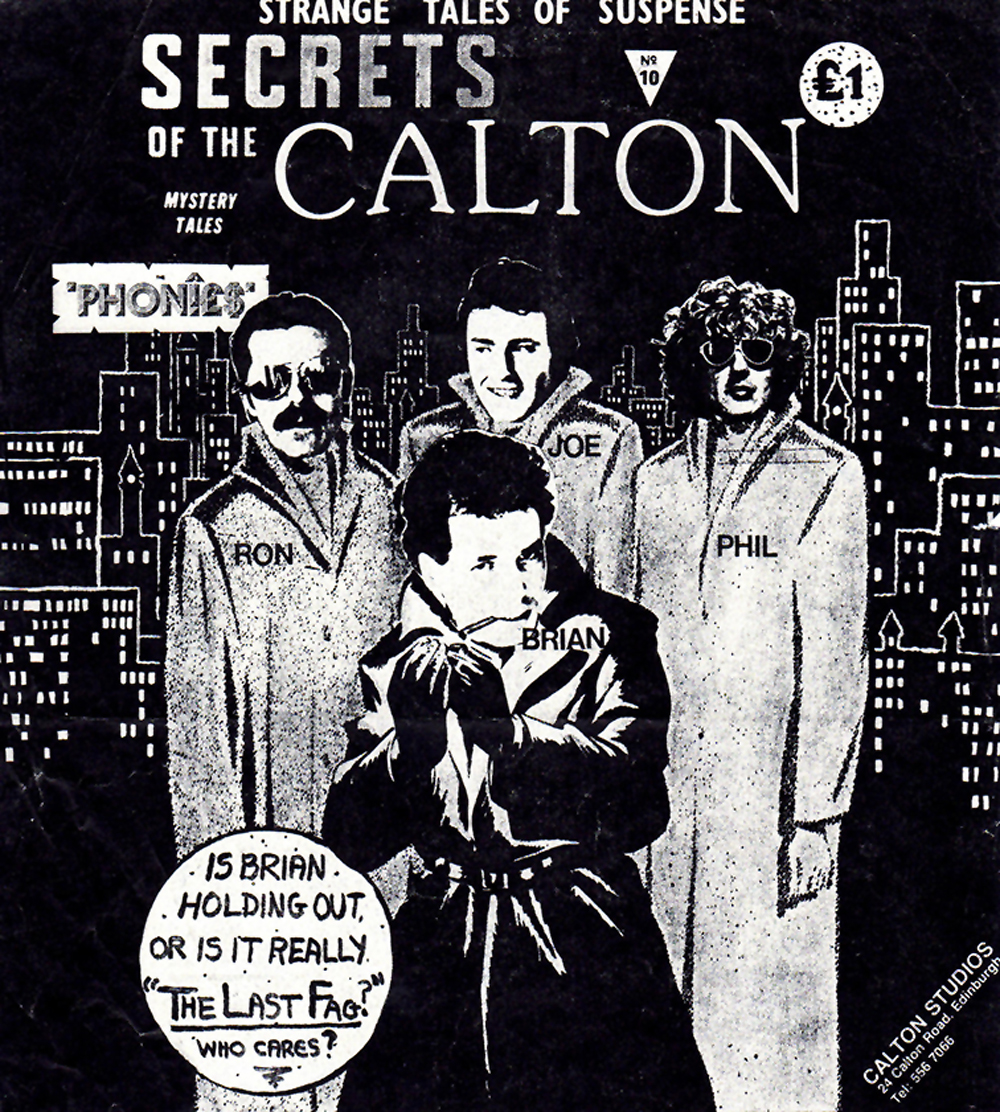 40 years ago, way back in 1980, before mobile phones, fake recording equipment, the internet and social media, four young (ish) men stepped out of their old (ish) hippy garb to liberate themselves from the tyranny of cool to form a band. 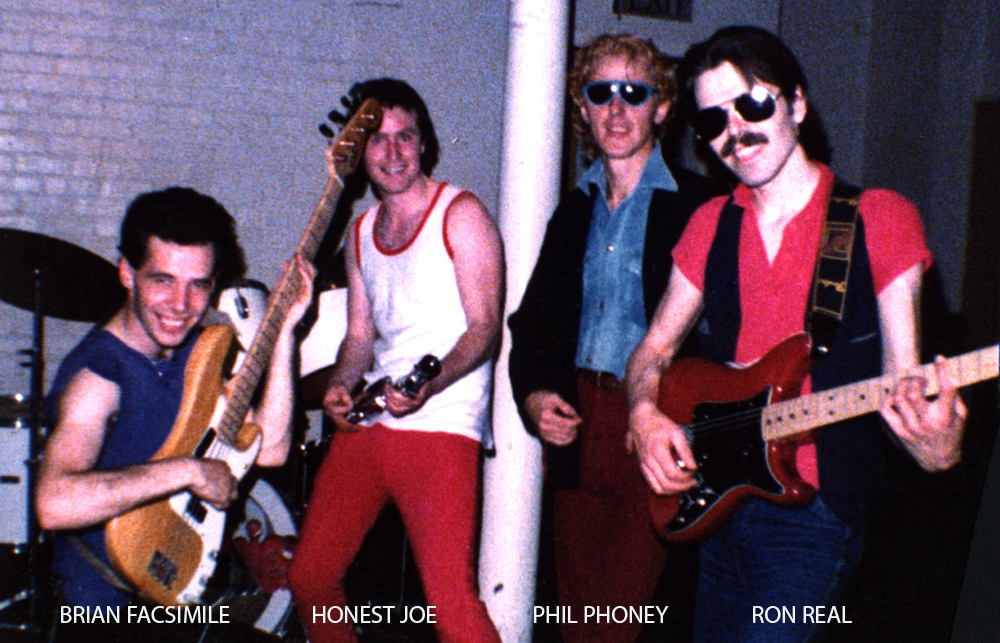 With a name like The Phonies, not having to try and be genuine was a massive relief after so many years of feigned authenticity, and after recording some rough and ready demos at Brian Facsimile's Southside Studios, they went into Palladium Studios in Edinburgh to record 8 songs with the now reclusive and genuinely legendary engineer/musician/producer Jon Turner. 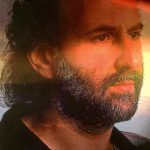 Jon Turner turned out to be an ideal choice for working with the band having earned his Phoney credentials after being investigated for 'allegedly' miming  an entire World tour with the Demis Roussos band as keyboard player in the late 70's.

The resulting Phonies recordings at Palladium are anything but Phoney!

Palladium had an 8-track 1/2 inch tape set up at the time so the band initially recorded backing tracks of Guitar, Bass and Drums 'live' on 4 tracks of the Tape Machine, then overdubbed Phil's Lead Vocals, Brian & Ron's Backing Vox and Ron's guitar solos and some minimal extra bits and pieces which were squeezed onto parts of the remaining 4 tracks. 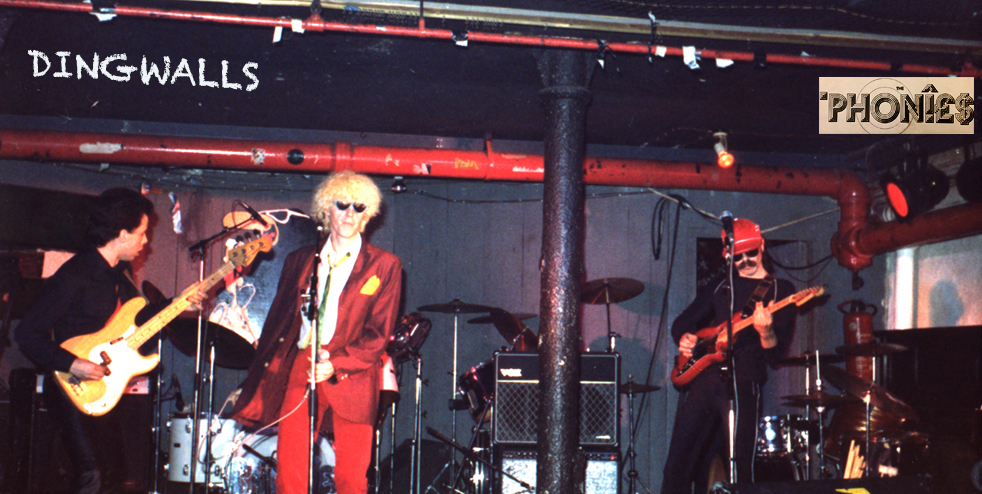 The Phonies gigged a lot around Edinburgh and Central Scotland, including a short residency at Edinburgh's Calton Studios, and played Dingwalls at Camden in London. 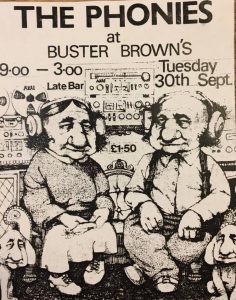 mmediately following a dynamite gig for a Joe Cool party in 1980 at Carlops , eight miles outside Edinburgh  the band felt they had finally arrived, then the Drummer made the shock announcement that he was getting married and was leaving the band!

Now in 2020, 4 decades later, Dave Manson is still married to Mary so as a result he was finally been forgiven for breaking probably up the greatest band that almost was... bastard!!

Maybe the world wasn’t quite ready for Phoney music in 1980, but all 8 Phonies songs have now been re-mastered from a dusty old recovered cassette, and are now on Soundcloud with tape hiss intact... help yourself!

All donations, except old discontinued pound notes, are gratefully accepted. 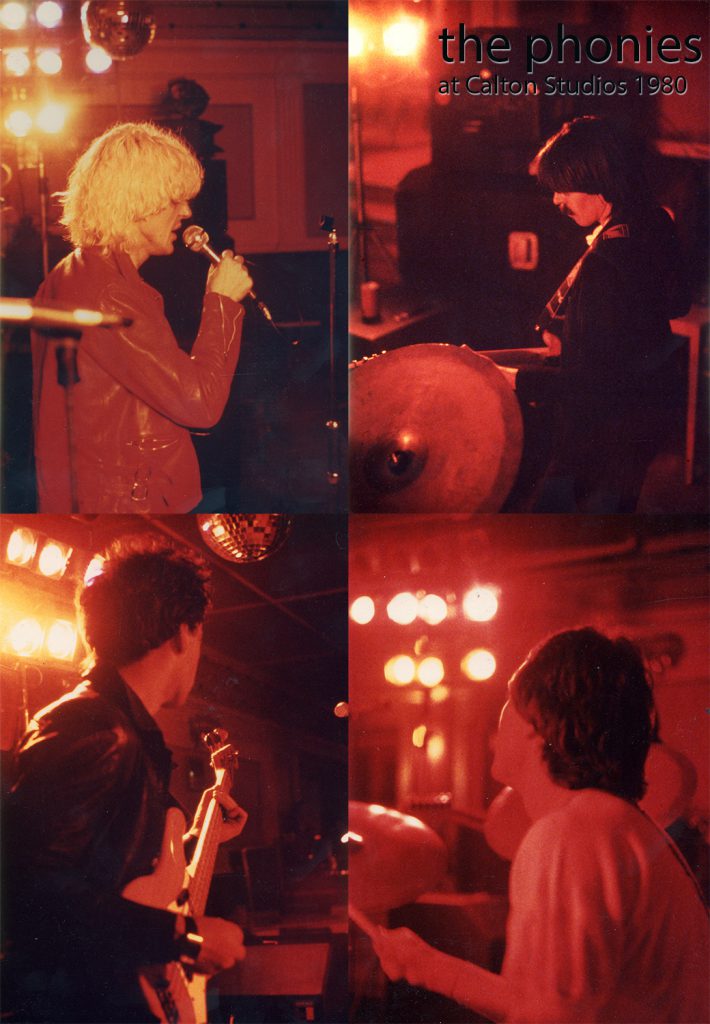 **** The Daily Liar
"Hmm, these guys are so fucking uncool... that it's possibly very very cool!"

*The New Musically Depressed
"Listening to this made me shave off my beard".