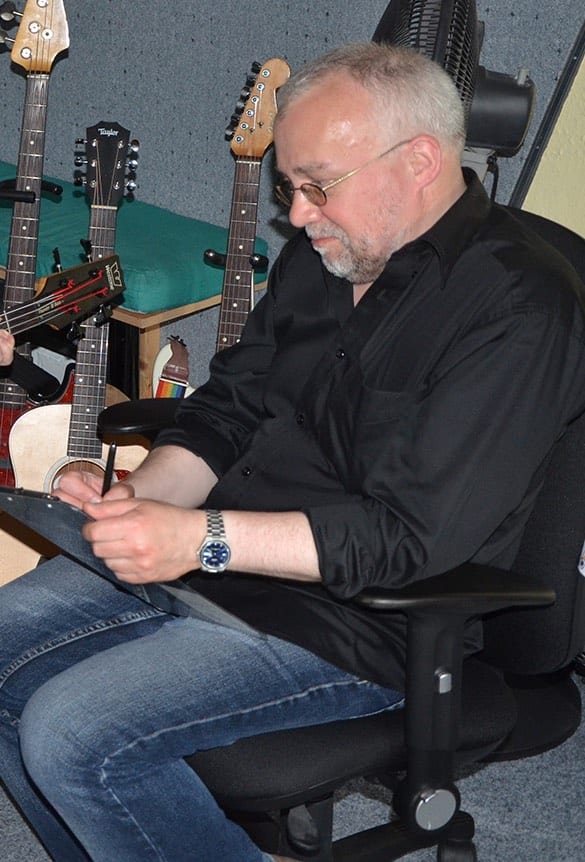 This slow burning studio project has been slowly burning since August 2012 and for most of 2013, with lyricist David Scott in the studio every Wednesday between 2pm and 6pm, working on his debut album, The Butterfly’s Dream, for his Imaginary Creatures project. 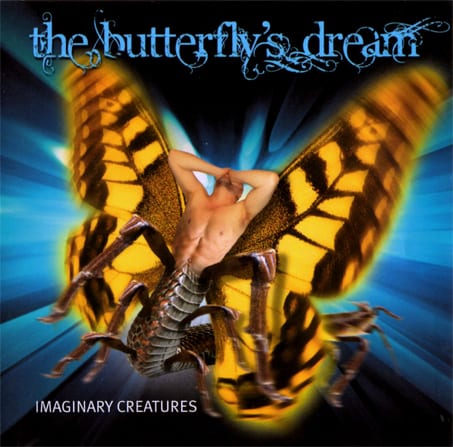 In early January 2014 we put the finishing touches to the tracks and sent it off to be manufactured for its current release on David’s label. The album, which is over an hour in length, consists of 14 original classic rock songs. In the studio, David approached each song with a strong vision in his head regarding influences and instrumentation and it was my job to interpret this for him. The album is available from Itunes for £9.99

Normally I take a supporting role with artists in the studio, but in this case David, who is principally a lyricist, doesn’t play any instruments and the only practical way forward was for me to play most of the parts as well as singing lead vocals. Whenever possible we invited guests to play on the album though and their contributions added lots of variety to the sound.

Offbeat Kirsty engineered the album with me and contributed Backing Vocals on several tracks as well as Electric Violin on Haunted.

Rod Clements. (former member of Lindisfarne), plays Electric & Acoustic Slide Guitar on Bad For Me, Bad Train& Everybody Goes Insane  which has already been covered by Blue Coupe, in the States. The band was formed by Blue Oyster Cult guitarist, vocalist Joe Bouchard). Joe heard a sneak preview of our version and said “Love the new version of Everybody Goes Insane. It’s way different from the Blue coupe version but it is a great take. Love the acoustic and slide and harmonies“

For those with the patience and the time, working on an album over an extended period can produce amazing results. I first worked this way with multi- instrumentalist and Singer/ Songwriter John McNairn on his excellent album of contemporary arrangements of classic Border ballads – Borderland – back in the late 90’s. John used to visit the studio for an hour and a half every Thursday and 18 months later we found we had a great album on our hands. Recording in short sessions and taking the result home to review can be a very effective way to evolve a production, and to avoid wasting any studio time for the artist.

The Butterfly’s Dream and Borderland can’t really be compared as they are so different musically, but they were both fairly ambitious projects which required many sessions with diverse approaches to the production of each track.

Another advantage of recording over a longer period of time is funding of albums for self funded projects. Paying for the production over time and for shorter sessions is much more manageable and affordable with a big budget result.