Hold On
When Tam was approached by film Director Norman Stone to star in the Mandancin' movie, he was also asked to provide three songs for the film. Tam, a Blues singer had appeared at Ronnie Scott's and worked with legendary music producer Joe Meek in a long musical career. He first worked with Offbeat's Iain McKinna in the 80's on a song called 'It Cuts Both Ways' which was co-written with award winning songwriter Sandy (Spike) Wright.

Tam now approached Iain to produce the music which also featured some great musicians. Deciding to start with the basics, Iain established all of the tracks on the album with Tam playing guitar and singing as a basis for the production. All of the songs therefore stood up as 'live' studio performances. Once Tam and Iain were happy with the live takes, the musicians were brought in to augment the recordings.

During this period Tam played Iain other songs he had written and along with the songs for the film, this formed the basis of an album which was released on the Offbeat Scotland label to coincide with the films Cinema release.

Tam tragically passed away the following year and this record turned out to be his last release.

Iain recalls, "During the making of Hold On, Tam told us endless hilarious anecdotes about his experiences in the music business. I asked him if I could record him telling his story and he agreed. Sadly we never found the time to do it before he was taken from us. Tam was a huge character and influenced a lot of musicians and songwriters. His fight with drugs and alcohol, which he eventually won, was inspirational."

Tam was the voice of Big Jazza played by Robbie Coltrane in Tutti Frutti
As an actor he starred in Braveheart, Cut Throat Island, East Enders, River City.

His very last recording was guesting as Lead Vocalist on Car Crash TV, a song by Iain & Kirsty McKinna.

“Tam’s many years of experience show in well-constructed songs, well played, well sung and well arranged. Solos are brief, mostly on guitar and always tasteful and complementary to the song.”

”A flavoursome stew which succeeds in retaining an intensity of feeling within a contemporary treatment .” 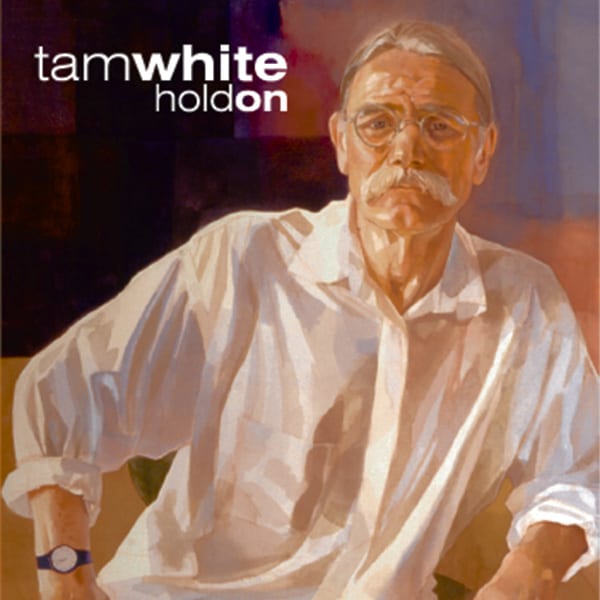