Offbeat Scotland - Adventures In The Studio

Offbeat Scotland - Adventures In The Studio!!

… highlighting just some of the tracks that showcase the amazing diversity that’s been produced at the recording studio now and over the past 25 years, as well as some material that predates Offbeat. 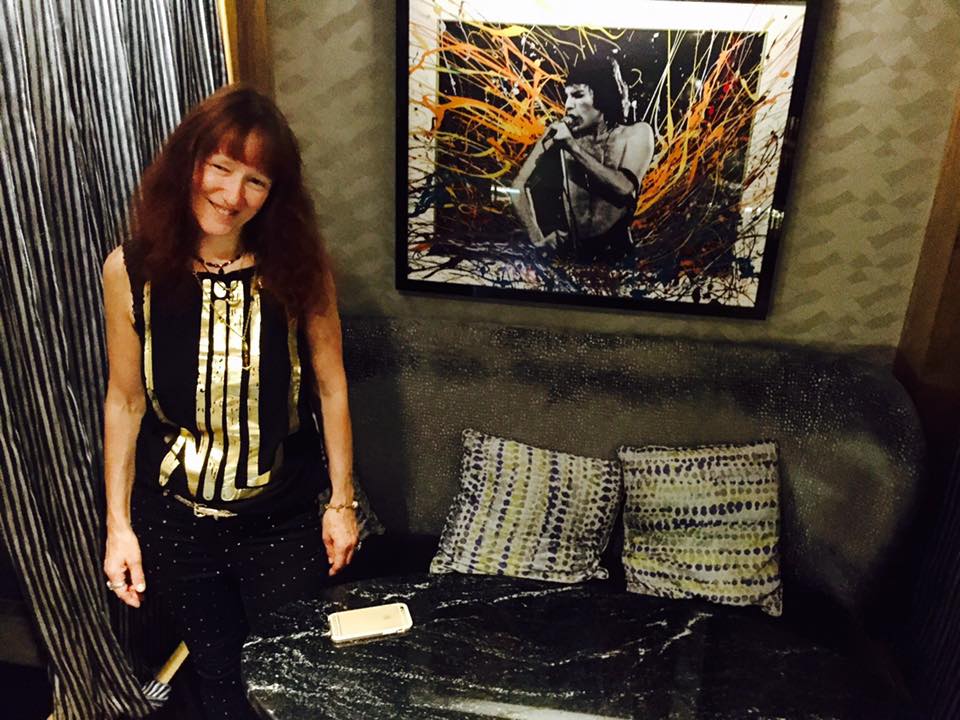 Offbeat’s Kirsty McKinna is presenting the show which is going live via Soundcloud on August 27th but you can hear a special preview of the full show below.

Offbeat producer Iain McKinna says “The range of music on our edited selection of tracks is phenomenal. Anyone who wants to get an idea of the diversity of music that comes out of Scotland should give this a listen”.

Apart from a very few notables, Edinburgh hasn’t been recognised as a hub of musical talent but Offbeat’s studio manager Kirsty McKinna believes this perception deserves to change,

“We used to get visits from A&R scouts who always commented on the fact that if they went to Manchester of Glasgow for example, they would come across acts that had a predictable sound. But when they came to Edinburgh they were usually perplexed about the mad range of music they came across.

This was a marketing persons nightmare, but as we’ve discovered at our studio it makes for creative heaven. We have no idea what’s coming through the door next and that’s really exciting even if it’s difficult, if not impossible, to market as a generic Edinburgh sound”.

Kirsty is joined by Iain on the show as they share the introductions of each artist, some past recordings plucked from the Offbeat vaults as well as some current productions. 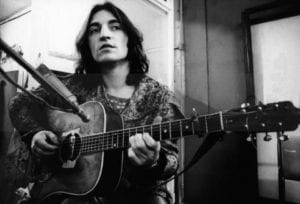 Mike  Heron was the co-founder of The Incredible String Band with Robin Williamson. The band were widely credited as the first to fuse World Music before the term had been created. They were cited by The Beatles, Bob Dylan, Led Zeppelin and The Rolling Stones as an influence.

Offbeat’s Iain McKinna produced Mikes first solo album for 17 years. It was released on Demon Records in the UK and Strangeways Records in Germany. Iain's credits on the album also include Keyboards, Drum Programming…and Kazoo!! It also features Dave Haswell on Percussion, Stu Smith on Fretless Bass and John Rutherford on Acoustic Guitars. 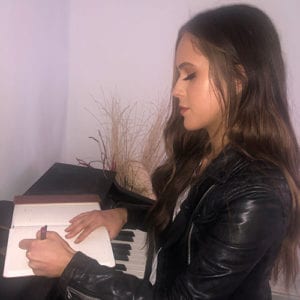 Becky Smith came to Offbeat in Summer 2019 to record her debut EP of piano based songs. The 21 year old singer songwriter is from Aberdour In Fife and the songs on her EP reflect a range of emotional and uplifting material.

Her confident and distinctive singing voice layers up beautifully and bringing her piano playing to the forefront of the soundscape gives her a unique and beguiling sound.

Becky is currently seeking management and ultimately a recording contract. Watch This Space! 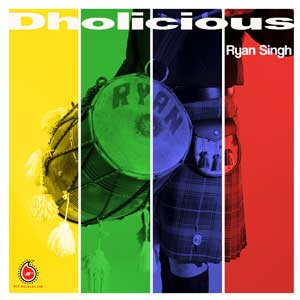 Ryan Singh is second generation born and raised Scottish Sikh. His musical path started when he was just eight, playing tabla and dholki alongside his father at the Gurdawara. Ryan’s mamaji’s from Manchester also played dhol and taught at music workshops at the Gurdawara. A group of Ryan’s mamaji’s formed a group called Betaab Sangeet they performed at many functions up and down the country and releasing a number of albums.

He came into the Offbeat studio to produce this lovely track, Taweet. the singer recorded in Delhi and his vocals were inserted into Iain’s production. Iain played Electric Guitar and Bass on the track. 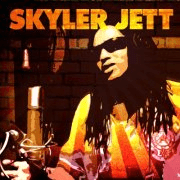 Skyler Jett is from Oakland, California. His music career started when he took over from Lionel Ritchie to sing lead vocals with The Commodores. Since then he has sung with Aretha Franklin, Whitney Houston, Stevie Wonder and he won a Grammy for his backing vocals on Celine Dion’s Classic My Heart Will Go On.

Skyler met Iain five years ago when recording vocals for a single Heal The World, a song written with Swiss keyboard player Andreas Svark. He then recorded vocals for his One World reggae project with Amsterdams Friction. Iain and Kirsty were working on a single when Skyler offered to write a vocal for the resulting single Positive Vibes. An animated video is currently being created for the singles forthcoming release. 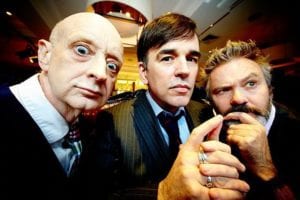 Australian comedy group DAAS The Doug Anthony Allstars  only just recently reformed after 30 years to play Edinburgh Festival Fringe in 2018. Back in their heyday they came into Sonic Studios in Edinburgh and Iain recorded this hilarious track Hippy.

Iain revived it for this radio show as it brings back smiles and laughter which we hope still translates today. The Festival Fringe they appeared in back in 1987 when they recorded this track resulted in them making their name Internationally and a TV series followed. 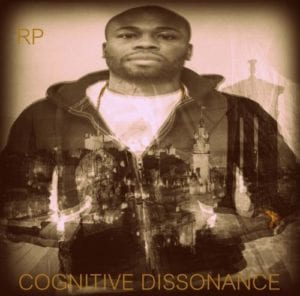 The featured track Forever is a great example of his unique style of songwriting and Rap fusion. The singer on the track is Adam Samson from Glasgow. 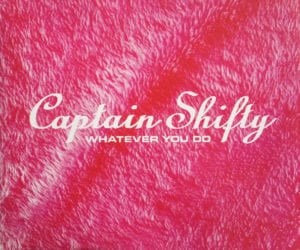 Featuring some great Edinburgh musicians which Iain has had a long association with in other bands, like The Apples & Sound Delusion), The band Captain Shifty played the Scottish circuits for a few years back in the 90’s and brought a funk filled party to everywhere they played. 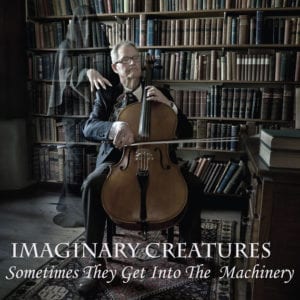 The fourth album from Imaginary Creatures is Sometimes They Get Into The Machinery and it features Cello Performances from Wendy Weatherby and Ron Shaw, Drums by Ted McKenna and Vocals by Brian Rice & David Scott and Iain McKinna who also produced the album and plays Bass, Guitars & Keyboards. The project is the brainchild of Lyricist & Composer David Scott. This track Extase, is about Hedi Lammar, actor and inventor. This was the last album world famous drummer Ted McKenna recorded before he prematurely passed away following a botched medical procedure for a routine op in early 2019. Ted was the drummer with The Alex Harvey Band, Taste, Michael Shenker and many other major bands. He worked with Iain on several other albums.

ELO Beatles Forever "This is an album that will delight those who found ELO in there early days. 12 songs to be listened to in it's entirety"

Spirit Of The Glen - Journey 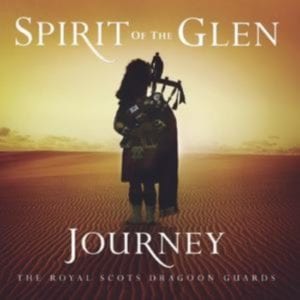 On this trilogy of atmospheric and majestic albums by The Royal Scots Dragoon Guards, the band was recorded at Edinburgh’s Heartbeat Studio by Iain McKinna with Dave Valentine and Ed Logan and was produced by Jon Cohen.

The featured track on the show, Journey, was composed by Hans Zimmer and the string arrangements were written by Jon. One of the tracks produced was The Last Of The Mohicans which has had over 25 million views on Youtube. It won a Classical Brit for best album and topped the Classical charts in 2009.

TV Times "There ain’t no party like a Jools Holland party, thats for sure so don’t fret if you can’t decide who to see/what to do/where to go tonight – the music maestros’ doors are open to everyone. He’s got Paul McCartney, Kaiser Chiefs, Mika, Kylie and of course the Pipes and drums of the Royal Scots Dragoons, Happy New Year!" 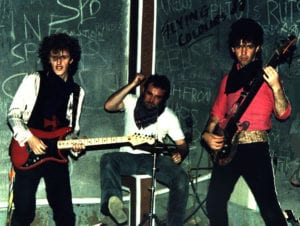 Back in 1981-1983 Iain McKinna and Vocalist and Guitarist Jamie Campbell formed psychedelic band Flying Colours with Pete Griffiths on Drums. Following the recording of a demo album they were signed to Simon Cowell & Ellis Rich’s E&S music who put them into Palladium Studios in Edinburgh with Jon Turner to record this track. The band played Londons Embassy club regularly and toured supporting Level 42 before Pete left the band on the eve of a UK tour. The project didn’t survive the loss of Pete and split up in early 1983. 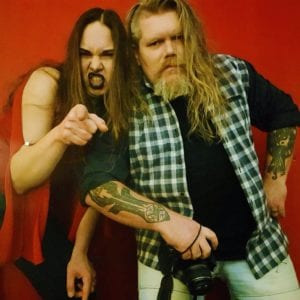 Eastern European artist Ronnie Syberia first came to Offbeat in 2011 to record some demos and came back with her partner Stoat to record more material in 2017.

This track, House Collapses down was particularly apt as the Offbeat studio is on the site of The Bailie Fyfes Close disaster of 1862 when the building collapsed, although the subject matter in their song was entirely... and spookily, coincidental!

Harmonic Overdrive - You Inspire Me 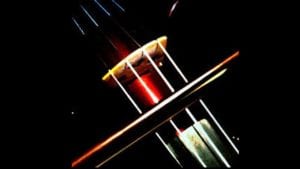 ‘Harmonic Overdrive” is the creative project of Iain & Kirsty McKinna. You Inspire Me was accompanied by a video release in July 2017 and the track was featured on BBC Radio 6 and the BBC website.

Harmonic Overdrive are currently recording an album which is scheduled for release in 2020.

Tom Robinson BBC Radio 6 "You Inspire Me jumps out of the speakers, it certainly inspired me!".

Dave Fotheringham - Half The World 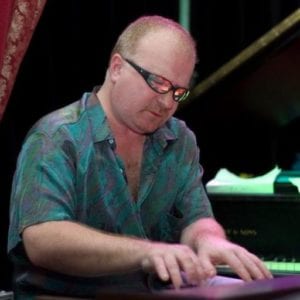 Back in the mid 90’s vocalist Dave Fotheringham came in to the studio with Pianist Brian Kellock and recorded this track when the studio was an ADAT based recording system with the Atari computer. Just before the digital recording computer age came along and made ADAT recording obsolete.

Listening to the quality of sound in this track makes one wonder if technology has improved things, despite it's complexity and sophistication. 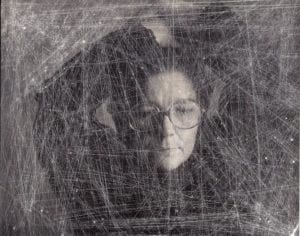 Allie Fox is an accomplished Guitarist and Singer/Songwriter who recorded her debut album Diving For Pearls with Producer Iain McKinna at Offbeat in the late 90’s early 2000’s.

The album was critically acclaimed and established Allie as a serious artist. She then composed an album of instrumental compositions entitled Waylands Blues and came back to Offbeat in 2003 to begin recording. Following a series of health problems the album was continually delayed and has only just been completed in 2019 for a 2020 release. 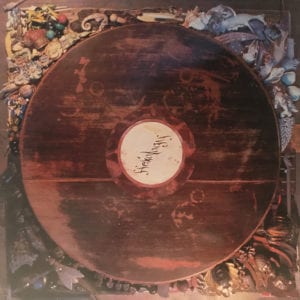 Some of the musicians in this band were in early Swamptrash and subsequently The Critterhill Varmints, Kith & Kin and to the present day Shooglenifty.

The Hexology album, now a valuable collectors vinyl product, was released on Nightshift Records and featured Richard Horne aka Harry Horse on vocals.

Also featuring Ben Ivistky on Fiddle, Conrad Molleson on Bass, JJ Jamieson on Banjo and James MacIntosh on Drums. The track featured on the show is JFK. 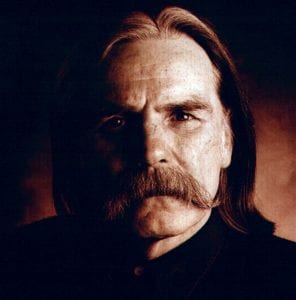 Iain first word with Blues Singer and Actor Tam White back in the 1980’s at Edinburghs Sonic Sonic Studios. Tam came back with Guitarist Neil Warden and Harmonica player Fraser Speirs as the core musicians for tracks recorded for the feature film Mandancin’ by Director Norman Stone.

Following the recording session Tam played Iain more song and an album entitled Hold On was produced and released on the Offbeat Scotland label. Tam was the first solo artist to win New Faces in the 70's and the first artist to sing 'live' on Top Of The Pops. As an actor he played major roles in Braveheart, Cut Throat Island, East Enders and River City. He was the voice of Big Jazza played by Robbie Coltrane in John Byrne's classic Tutti Frutti.

Sunday Herald "A flavoursome stew which succeeds in retaining an intensity of feeling within a contemporary treatment .” 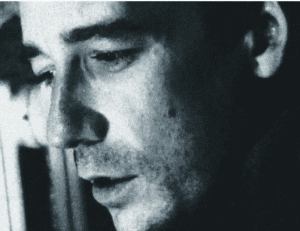 Our featured track Don’t Worry Babe highlights Dave’s creative use of inventing different characters in his songs with the use of Varispeed tape recording techniques in which the 2” tape used to record the album was speeded up or slowed down to change the timbre of the voice.

MOJO "They are among the last representatives of the “Sound Of Young Scotland”, a band so defiantly independent Postcard Records was reactivated for them in the ’90s, now Edinburgh’s The Nectarine No. 9 are set to be celebrated". 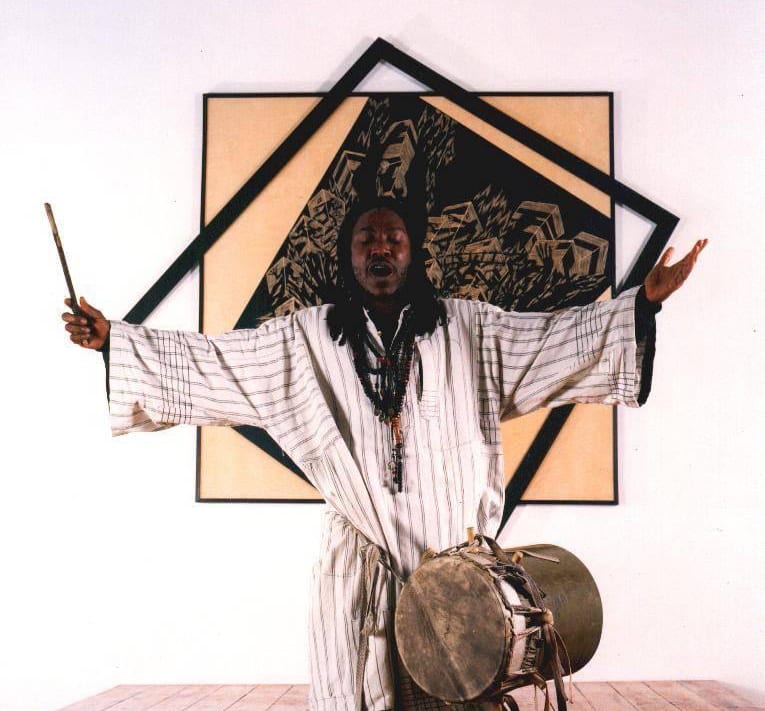 Hamed Kane is from the Serere tribe in Senegel. The tribe were converted to the Islamic Sufi religion and became known as Bayefall, they were unusually allowed to maintain their African traditions. Hamed along with his spiritual master NDigel created Bayefall music and the album entitled Akassa was recorded for the first time at the Offbeat Studio while Hamed was roaming around Europe in the late 1990’s after being introduced by Thom McCarthy.

Following the release of the album Hamed joined Iain on a few of his compositions and the track featured here Never Too Late is one of the collaborations they created.

Interview with Iain McKinna by The Church Of Rock in USA

My Love / Hate Relationship with Pipes