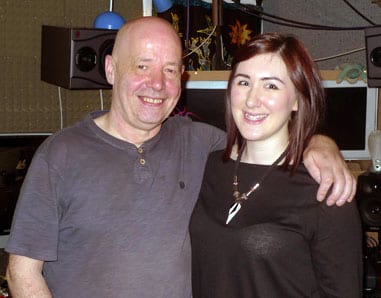 WOW, it’s been a fantastic year so far for OFFBEAT RECORDING STUDIOS with lots of fantastic new talent and interesting projects – the outcome being seven albums of varying styles. from Dance, Hip Hop, Pop, Rock, Folk and even World. 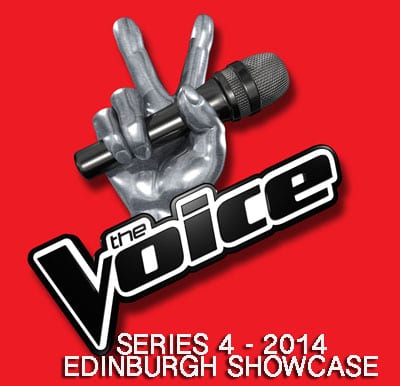 WOW, it’s been a fantastic year so far for OFFBEAT RECORDING STUDIOS with lots of fantastic new talent and interesting projects – the outcome being seven albums of varying styles. from Dance, Hip Hop, Pop, Rock, Folk and even World.

J.A Connor’s composition OPEN YOUR MIND has reached Number One in the Broadjam World Chart. Vocals by Jim, instruments and production by Iain McKinna and backing vocals by me. Jim previously had a no1 in the Celtic music charts with another Offbeat production of his song MYSTERIOUS LADY.

Professor Sir Chris Evans has written an amazing album of World War 1 songs for this years centenary. Iain is producing and supporting guitarist Chris musically on the album which will feature Ross Munro, Brian Rice and various other singers and musicians still to be decided. Chris is a leading light in Live Sciences with a great passion for music. He has a lovely guitar style and is a very talented and prolific songwriter. The album which features 15 songs will be completed by November. Here he is at the launch of his Live Sciences hub just last week with his friend Theo Paphitis… more to follow in a special blog about Chris and this great project.

Ross Munro first worked with Iain when he was pipe major for the Royal Scots Dragoon Guards on The Spirit Of The Glen trilogy of albums for Decca Records. The first album reached NUMBER ONEin the UK Classical Charts and the second album Journey achieved a CLASSICAL BRIT AWARD for best album in 2009.

Ross is now in the studio recording his amazing new solo album which will be called Twisted Tradition. The sound of his haunting pipes which he has blended in with a whistle on some tracks is truly special, adding to his unique and uplifting sound.

Recently OFFBEAT worked with Hip Hop artist Izz Juvey and edited and mastered a single version of his song MOMENT OF BLACK OUT. Izz, aged 24 and born in Gambia, brought out a music video of M.O.B which was released on March 30th 2014 and released by Uprisin Records. Izz has a positive message to his music wanting to, he says “inspire the troubled youths of today entrapped in social injustice” The timing of his rapping is brilliantly executed, drawing you into the video and with the arty visuals of Edinburgh I certainly felt compelled to watch it over and over! Iain has just finished recording his follow up single Starin At The Mirror. Juvey is busy at the moment organising his future gigs, so its onwards and upwards for this inspiring and very talented young artist. I have recently interviewed him and this will be published in one of my future blogs. Meanwhile check out the video!

Gavin Blackie (pictured right) who won Edinburgh’s Got Talent in 2012 is a fantastic, charismatic and unique singer currently working on his new album Laid Bare at OFFBEAT which he is very excited about, It’s true pop with a twist with some very high energy dance tracks and some moving pop ballads . His vocal range is stunning, adding the right hooks and melodys. He writes and sings mainly about the pleasures and traumas of love but with really catchy choruses you find your self singing them again and again. Gavin and Iain have co-written this album which is due for completion later this year.

Mark AG another truly talented singer,and musician came all the way from Brighton to record with OFFBEAT, he recorded his album Lighting The Way Back Home in stages over a period of six months. The album contain songs about love and various emotions in the style of easy listening rock which Mark wrote on Piano using his Ipad!. The album has been completed just this week and is now ready for release… more to follow in a blog upon release of the record.  Here’s a clip from the excellent song Louder which will soon be released as a single. It featores mark on Piano and Iain on Guitar, Bass & drums

David Ell approached his album Welcome To The Ball in a different way by recording all the backing and vocals in his home studio, and what a talent. His 3 dimensional and very underground rock style production hooks you in to each track… blending in the haunting vocals… such a great singer too! He came to OFFBEAT to have Iain mix and master his album which enhanced each track adding depth and quality to the overall sound that makes it a killer record you just want to play again and again. He is also in the process of planning future solo gigs where he is creating video backdrops for each track, this will not only make it really exciting to watch but a show not to be missed. I’m about to arrange an interview with David so watch this space! here is an excerpt from one of the tracks on the album entitled Reach.

Rich Anderson – Extraordinary Keyboard player and MD has been involved with OFFBEAT for many years. He Is currently on tour as MD for the musical DIRTY DANCING  in UK and is booked into the studio in August to lay down some pre- recorded parts for the show with various backing singers

Steven Lambert, an American who current lives and gigs in Perth Australia is another ‘remote’ client. He asked us to put together a Hendrix backing track with guitar played by Keith More and Bass and Drums by Iain. Steve has been gigging around South East Asia for the past 20 years having played in Indonesia, Thailand and Vietnam doing mainly solo gigs but also with various groups as a backing musician for some regional acts travelling through the area.

If you have a songs, lyrics, instruments, vocals or even backing tracks to record or needing produced just pick up that phone and call us NOW on 0131 556 4882.