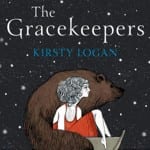 Well since our last Offbeat blog but we have been very busy here at our Edinburgh recording studio. These last two years have been far and away our busiest in our 23 year history with a great combination of original music production and voice commentaries. As usual the range of styles is mind boggling and has made for a very interesting period for the studio for both Kirsty Anderson (the studio manager) and myself. We hope you enjoy the blog and snippets of music we have been granted permission to post too. 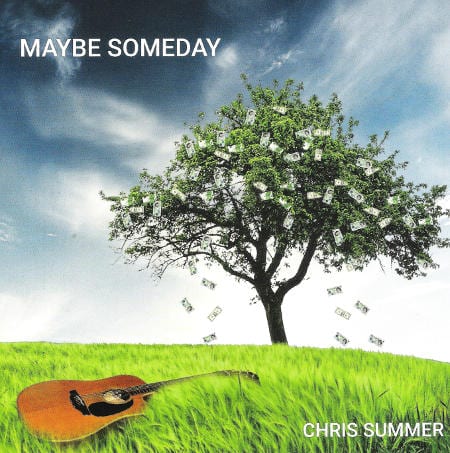 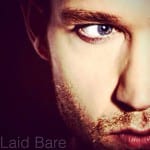 In the past couple of months we’ve picked up the pace with Gavin Blackie’s debut album Laid Bare and I am is now mixing six of the tracks he co-wrote with Gavin for the album. The album was started back in 2013 but was on hold for most of last year as Gavin was busy gigging and writing new material for the project.

Gavin comes up with great lyrics. melodies and ideas for music and I interpret this into music and songs that are really sounding great. Gav’s unique vocal abilities really shine on these songs. Kirsty Anderson also features on vocals and violin.

We first got together after he won Edinburgh’s Got Talent back in 2010 and have been writing together ever since.

We recently completed an audio book for Australian company Bolinda.com with author Kirsty Logan who narrated her amazing award winning novel The Gracekeepers here at our Edinburgh recording studio.

The recording lasts just over nine hours and amazingly we sent it over to the company for final edits without a single mistake in the recording- by either Kirsty Logan, who did an amazing job of the narration, or myself who recorded and compiled all the audio over an intensive session lasting three days.

The book is about a circus boat in a flooded world. North and her bear live on the Circus Excalibur, floating between the scattered archipelagoes that are all that remains of the land. (read this review)

The David Ell album Welcome To The Ball is now completed and mastered. David recorded and produced it in his home studio in Linlithgow using Cubase and I mixed and mastered the album here in Edinburgh on Logic Pro X at Offbeat.

It’s a great album of Alternative Rock songs with all the music played by David apart from a little Bass here and there by myself. The release date for the album has been set for……….. and will be released on Davids own label….., some of the songs will be accompanied by videos which are currently in production.

David and I first worked together this way on a selection of his songs  a few years back. This current album will soon be released.

Former Royal Scot’s Dragoon Pipe Major Ross Munro’s album Twisted Tradition is also completed and mastered. It features a selection of fantastic tunes, some of which were written by Ross, and some traditional tunes. As the title suggests it’s pipe music with a twist.

On this album Ross also plays most of the instruments and also showcases his amazing arrangement skills. I played Bass on a few tracks, Drums on one and guitar on another.

We are currently negotiating a licensing deal for the album and hope to be able to announce a label and release date very soon. Iain & Ross worked together on the Spirit Of The Glen trilogy of album from 2007-2010. Ross will be promoting the album with live performances both here in the UK and the US when the album is released.

This album is based on poignant and emotional letters written back home from soldiers in World War 1 who never returned. Sir Chris Evans is an accomplished songwriter and guitarist who has put this album of songs together, produced by me and featuring some great musicians and singers.

More musicians and singers are still to contribute to the album which is scheduled for completion in early Autumn 2015. What makes this album very challenging is that we require many different vocalists for the album as almost every song requires a different singing style. Sometimes we have to try out several singers for a song before deciding which works best.

The first album The Butterfly’s Dream was an extensive collection of songs which worked well to varying degrees but this project feels much more like a album and we are both very pleased and excited about how it’s turning out. The recording of the album is now complete and mixing is about to begin. David comes up with the musical ideas for each song and I interpret them musically for him, something I’m doing more and more these days for both lyricists and singers.

Brighton based Mark AG wrote most of this album using an iPad and then came into Offbeat where I produced it last year. It has now been mastered but Mark decided to release two singles from the album prior to releasing the whole album.

Mark and I  have been working together now for a few years when Mark initially came to our Edinburgh recording studio from Brighton to master songs from his first album entitled 3am Sleepwalkers.

The latest single “A Beautiful Flower…what if?”. is available on iTunes, Amazon, Spotify, Youtube, Soundcloud and more. It features Kenny Tomlinson on Sax. Offbeat’s Kirsty Anderson also shows her versatility on this album, providing backing vocals on a couple of tracks and electric violin on one. Mark plays Piano and I contribute, Bass, Drums and Electric Guitar throughout.

Back in the 70s gigging band Huddersfield based band  JabJab recorded many songs and gigs which for reasons of timing didn’t actually ever get released. The recordings were subsequently lost and were just recently found by their Hammond organist Rob Whittington. I took the master tapes into Pierhouse studio in Edinburgh where expert audio engineer Pete Haigh had to actually physically bake the tapes as a precautionary measure to avoid shedding of them having been stored for so long. The baking method makes sure the oxide on the tapes sticks to the plastic backing long enough for the tapes to be played back and transferred.

The recovered recordings were then transferred to digital and mastered by me here at Offbeat. The story of Jabjab is currently being made into a documentary which will tell the whole story of the baked tapes etc so I don’t want to elaborate too much on things just yet. As soon as the film is released we will feature it in a future blog. The band are performing a reunion gig in July in Huddersfield. For more details visit the website

As well as all the above we have recorded several audio commentaries for the Royal London website, Mastered a song called She by Renaud Cmela, and produced a song by songwriter Stewart Morrison entitled Time I Wasn’t Here.