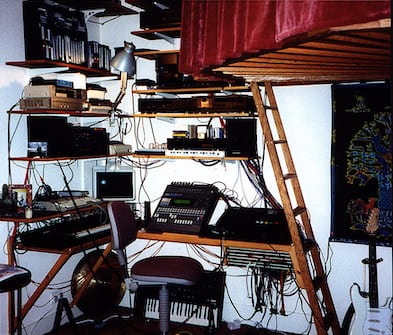 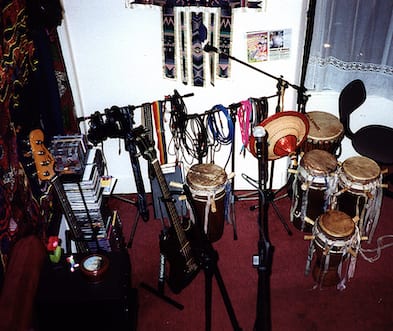 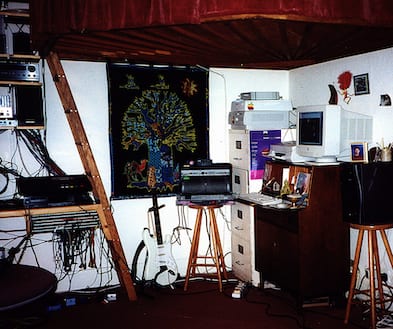 The flat next door became available for rent around this time so they converted the flat into a dedicated studio space. The first full production they did was for Senegalese drummer and singer Hamed Kane and this album became an unexpected World Music hit following a deal with Sterns Music so Offbeat Studios was up and running.

In 2009 Iain was approached by Universal Records to record the Spirit Of the Glen trilogy with the Royal Scots Dragoon Guards. He booked Heartbeat Studios for the recording.

Iain says "I nearly turned down the project because, despite my experience with Jimi McRae's albums, I wasn't a huge fan of the instrument. Getting a good sound from an instrument of insurrection and torture, and subsequently touring with the sound, nearly killed me. I'm glad I did though because it went on to win a Classical Brit Award and topped the Classical charts."

Around this time Iain met film director Mark Cousins and was involved in recording Mark's commentary for the award winning series of films, The Story Of Film, an Odyssey, and subsequently The Eyes of Orson Welles, runner up at Cannes 2019 for best documentary. He also recorded Neneh Cherry for Mark's film Stockholm My Love.

Since then Offbeat has produced audio for many well known companies and the studio has morphed into a BBC approved facility following some successful radio productions.

Kirsty adds: "The process of building up the equipment from then until now has been a slow but steady development over 30 years. Of course, upgrading a studio never really ends but now we have a studio with an authentic sound which we are really proud of and its been entirely funded by successful audio production projects which is really satisfying."