Interview with Iain McKinna by The Church Of Rock in USA 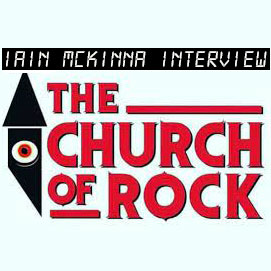 Rev Derek Moody interviews Iain McKinna ahead of the release of Pat McGlynn's Tribute Album 'Blue Skies". Chatting about how Iain & Kirsty from Offbeat met 39 years ago and their music under the name Harmonic Overdrive. They also discuss Iain's involvement with The Bay City Rollers in 1984/85 and a recent recording with Blue Oyster Cult's Joe Bouchard.

The Church of Rock 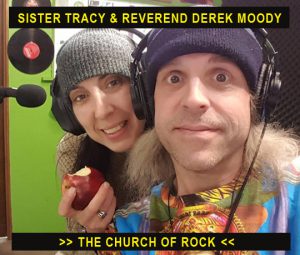 This is a recent interview with the Rev Derek Moodie from the Church of Rock. A totally eccentric dude, Derek, is a true rock fan and so that he could host multiple weddings he got ordained into The Church Of Rock in California... Only in America!

Derek reached out to Harmonic Overdrive to cover a track Baby Stay One More Day for the Pat McGlynn tribute album which is coming out at the end of the year in the US. 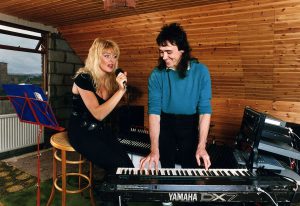 I also wrote and produced a song for a Pat to sing called I Wanna Be In Your Cult, and his good lady ex Bond girl and model Janine Andrews (pictured with Pat) and their daughter Mia also sang backing vocals along with Kirsty McKinna on the track.

In this interview Derek ask me how I met Kirsty, And how I met Pat and became involved in the Bay City Rollers back in 1984/85. We’ve been friends and musical buddies ever since.

Derek also asked me about how David Scott got Joe Bouchard from Blue Öyster Cult to play on a track called Caliban from an album I produced for Imaginary Creatures a couple of years back.

Imaginary Creatures are on Spotify