“Working with Iain has been a great experience which I believe transcends all spiritual barriers. Thanks to Offbeat for their full contribution to the first ever release of ‘Bayefall’ music”!
- Hamed Kane
When they were introduced by impressario Thom McCarthy, Iain McKinna had no idea he was working on the first ever release of Bayefall Sufi music from Senegal. Hamed's spiritual master Ndigel had entrusted Hamed with lyrics which Hamed created songs around which form the basis of this fascinating album. Hamed built a set of Khin Drums which he laid down in the recording one drum at a time with no click track.

Iain says" When he started putting drums down they seemed to make no sense individually. By the time he had put the third part down it began to form a backbone of rhythm which was amazing. he then inserted a shaker and then sang the songs, all performed effortlessly with no hesitation. By the end of one week we had established all the tracks".

Hamed then persuaded Iain to add Guitar, Bass and Keyboards. Iain adds "I was reluctant to play on the album as I wanted it to be authentically African but somehow the parts just came on their own. What surprised me most was that the tracks weren't laid down with any tuning reference so I thought the instruments wouldn't stay in tune. I was astonished to discover that everything was in perfect concert pitch as Hamed had tuned the drums with a truly gifted musical ear".

Hamed and Iain gigged the album around locally and performed a radio session which was broadcast thoughout Africa by the BBC World Service.

After the album was released and distributed by Sterns Music in London, Hamed disappeared back to Senegal as mysteriously as he had arrived. His mission to release his spiritual masters music accomplished! 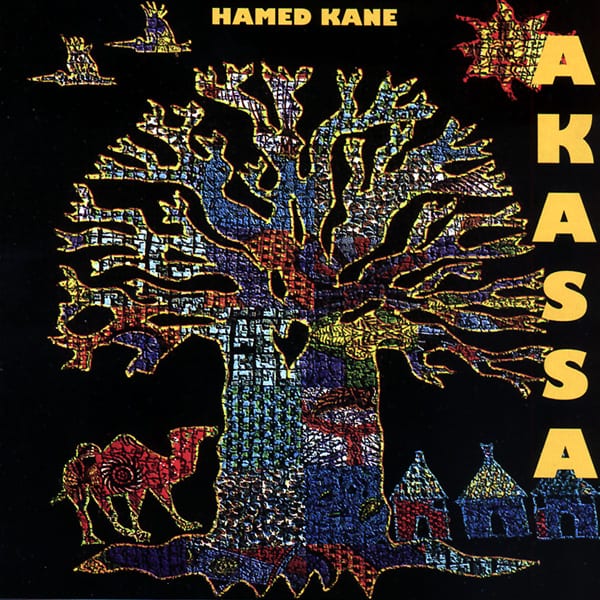